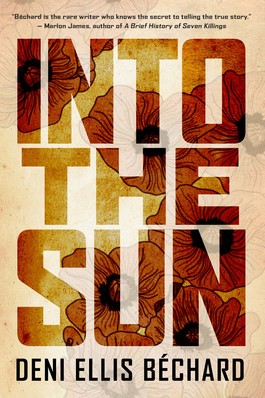 Kabul — 10 years after 9/11: When a car bomb explodes in a crowded part of the city, a Japanese-American journalist is shocked to discover that the vehicle’s passengers were acquaintances — three fellow ex-pats who had formed an unlikely love triangle. Alexandra was a Canadian human rights lawyer for imprisoned Afghan women. Justin was a born-again Christian from Louisiana who taught at a local school. Clay was an ex-soldier who worked as a private contractor. The car’s driver, Idris, one of Justin’s most promising pupils, is missing.Convinced the events that led to the fatal explosion weren’t random, and curious to know more about what led each of them to Afghanistan, the journalist follows a trail from Kabul to Louisiana, Maine, Québec, and Dubai, determined to uncover why they were targeted and who is responsible.In this monumental novel, Deni Ellis Béchard explores the personal impact of America’s imperial misadventures and draws an unsentimental portrait of the journalists, mercenaries, messianic idealists, and aid workers who flock to war zones. In vivid and evocative prose, Béchard brings to life the city of Kabul itself, along with the people who live there: the hungry, determined, and resourceful locals who are just as willing as their occupiers to reinvent themselves to survive.