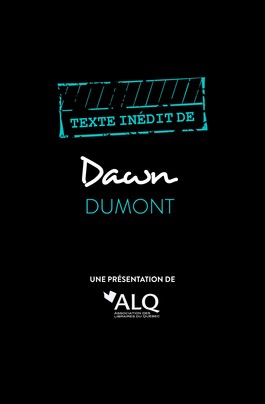 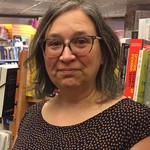 Trigger warning: This text is about domestic violence.

If you need immediate and urgent help, call 9-1-1. For support or advice about domestic violence, you can call the SOS Violence conjugale resource line at 1-800-363-9010 (confidential, bilingual and 24/7).

The pandemic was a good time for me. I’ve been a working mom since my son was born, and working from home was the ultimate reward. Once things locked down, I would wake up at five a.m. on the dot every morning—because anxiety, because the end of the world—and then work until the kids woke up. I would play with them and set them up with movies and games, before a daily work-related Zoom call at ten. After that we would play at something physical or go for a walk. We settled into the rhythm of pandemic life with relatively little frustration. I felt like I had won some strange lottery.

That was in the forefront. In the background lurked abuse and trauma from my last relationship. My ex-boyfriend, the father of my son, had been abusive to me throughout our three-year relationship. The abuse became worse after I left—or perhaps because he didn’t couch the abuse in what passed for sweet interludes anymore, so I was left to see only the unrelenting darkness.

My ex likes text messages: his missives invade my phone when I’m not watching. When I check, seeing them is like being hit in the chest. I’ve asked him not to text me unless there’s an emergency related to our son, but he does anyway, over and over—about innocuous things, but always with the intent of proving something to me. I still have control over you.

But this was the pandemic and, in my little house, there were two kids, a kitten and a large one-year-old dog. A young house full of creatures who were messy and wild and happy and joyful. I had inherited a second five-year-old from my younger sister. She was in an abusive relationship that had pushed her from being a young mom who was struggling to a young mom who was struggling and homeless. She called to check on her daughter when she could. In between, she changed her phone number regularly. It is a symptom of abuse. I should know, I have five email addresses.

By then my abuser had grown ten feet tall. He seemed capable of anything, and had more internet skills than the Girl with a Dragon Tattoo. You might call it paranoia; I call it hindsight.

With the pandemic, my workplace became the bed upstairs in the big bedroom (I cannot bring myself to say master bedroom, given its history of misogyny), the living room couch, or in the kitchen. Wherever I was, the little ones were there beside me.

At first, when a work call came through, interrupting their iPad session, they would cancel it immediately. After more than a few hang-ups, the kids got it: they would walk up to me with a serious look on their face and report ,“there is a call for you.” Suddenly, I had two adorable assistants.

When the weather got warmer, I became obsessed with finding them sandy places to play. Five-year-olds love sand. I hustle them into the car and drove to find good spots. I was looking for sand or, if not sand, then a treed area with large paths furrowed by horses’ hooves. The ground was wet; the snow took its time letting go.

After a few drives, I realized that I was looking for my reserve.

On our walks, I teach the kids a little trivia about nature. “There is a difference between predators and prey in their eye placement. Predators have their eyes in front, while prey have their eyes on the side of the head.”

By this logic, humans are predators. I don’t tell them this part.

One warm day, we head out to the beach. I feel such hope as we walk out. But the beach is fenced off. There will be no sand for little hands. I notice that the playground is marked with caution tape and signs threatening fines. There’s a family playing there already—unable to disappoint their children even more, I guess. I’m able to shuffle mine back into the car without them seeing the playground.

“I’ll find a beach,” I promise them. They smile and wheedle until my promise widens to include buying them toys.

In the end, I take them for a walk in the park, and tell them about how wood ticks hide in long grass. When I was little girl, I could have easily ten ticks on my legs within seconds of walking into the grass. “But they’re easy to pick off,” I add. Unless you don’t catch them before they have burrowed in. I don’t tell them this.

Near the city there’s an unregulated beach. Locals call it bare-ass beach, because apparently young people come here to swim nude (although I’ve been here many times and never seen a single breast). I drive out to the beach, which is a good fifteen minutes out of town. In the meantime, I’m on a conference call, hoping it wouldn’t drop during the drive. I reach the turn off for the beach, and it’s open! The problem is that it’s far busier than I had anticipated. Cars are parked along the road on both sides, a half mile in every direction. I’m disappointed, but hopeful. We’ll come another day, earlier, with our pails and shovels, blanket and snacks.

As I’m turning around, a man steps out onto the road. We make eye contact for the briefest of seconds and then the kids and I are on our way.

Down the side road, I notice lights blinking behind me. A trick of the sunshine?

Once on the highway, the car passes me and pulls out in front. The driver taps his brakes and slows down. Is something wrong with my vehicle? Is one of my tires going flat? If so, I know I can’t stop because a tire always goes flat the second you stop. If you keep moving, it can stay inflated. I learned this from one of my uncles and, like everything else they’ve told me about cars, I don’t question it. Over the course of their lives, my uncles put together countless vehicles from spare parts, like master Lego builders.

I pass the car that had been signalling me, parked on the side of road. It’s the man from the beach. Dark hair, dark eyes, slim, about 5’8”.

The vehicle pulls back onto the highway and started blinking his lights behind me again. He is following me, I think, and I feel my heart rate increase. The conference call is still going, the sweet babies asleep by now.

A blue pickup truck is coming towards me. My ex drives a blue truck, so I always pay attention to them. Sure enough, it’s him. He passes by me in the other lane. I don’t know if he saw me but by now my heartrate is in the hundred-metre–dash zone.

So at this moment, one man is following me just as my abusive ex is passing. Such a comment on society—I hadn’t even escaped one abuser and another was already bearing down on me.

The car keeps blinking at me. He passes me one more time and then stops. I pass him again. He pulls out and follows. Finally, I pull over. He parks behind me.

I get out of my vehicle. I don’t want him anywhere near my sleeping children. “Stop following me!” I yell. “I just want to talk to you,” he replies.

I don’t know what I say to him. It’s simple and direct: get lost, get away, leave me alone, something to that effect.

He pulls away. I don’t see him again.

When I get home, with shaking hands, I write about the incident on social media.

One of my guy friends tells me, never get out of the car. But I could have told him that predators will come for you in all kinds of ways. They will get underneath your skin and come at you from inside.

Back at the house, the children are hustled inside. They run around the house, wired after their naps in the car. I feel them brush against my back as I make supper.

We made it home safe that day. But I don’t tell them this.