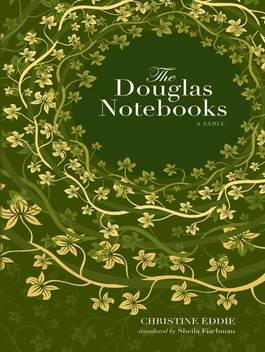 Romain was born with a silver spoon in his mouth. At 18, he leaves his family for a home in the forest, learning to live off the land rather than his family's wealth. Éléna flees a house of blood and mayhem, taking refuge in a monastery and later in the rustic village of Rivière-aux-Oies. One day, while walking in the woods, Éléna hears the melody of a clarinet and comes across Romain, who calls himself Starling and whom Éléna later renames Douglas, for the strongest and most spectacular of trees. Later a child named Rose is born. Fade to black. When the story takes up again, Douglas has returned to the forest, Rose is in the village under the care of others, and Éléna is gone. From these disparate threads, Christine Eddie tenderly weaves a fable for our time and for all times. As the years pass, the story broadens to capture others in its elegant web — a doctor with a bruised heart, a pharmacist who may be a witch, and a teacher with dark secrets. Together they raise this child with the mysterious heritage, transforming this story into an ode to friendship and family, a sonnet on our relationship with nature, and an elegy to love and passion. The Douglas Notebooks was originally published in French as Les carnets de Douglas. This edition was translated by Sheila Fischman.