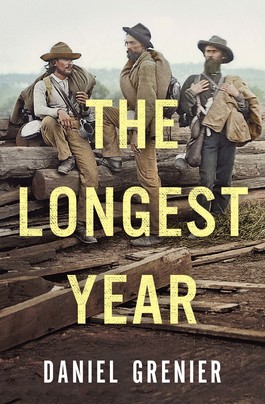 There’s something extraordinary about Thomas Langlois.Thomas is a young boy growing up in Chattanooga, Tennessee, with a French-Canadian father, Albert, and an American mother, Laura. But beyond the fact that he lives between two cultures and languages, there’s something else about Thomas that sets him apart: he was born on February 29.Before Albert goes on a strange quest to find out more about their mysterious relative, Aimé Bolduc, he explains to Thomas that he will only age one year out of every four and he will outlive all of his loved ones.Thomas’s loneliness grows and the years pass until a terrible accident involving a young girl sets in motion a series of events that link the young girl and Thomas to Aimé Bolduc — a Civil War–era soldier and perhaps their contemporary.Spanning three centuries and set against the backdrop of the Appalachians, from Quebec to Tennessee, The Longest Year is a magical and poignant story about family history, fateful dates, fragile destinies, and lives brutally ended and mysteriously extended.